How Long Is Hockey Game? 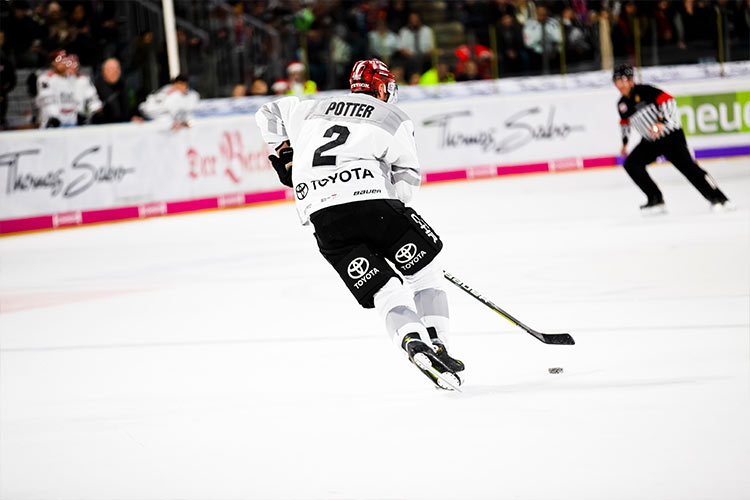 Hockey is one of the longest established and most organized sports in North America and has professional leagues all around the globe. Fun fact, the Stanley Cup is the oldest trophy and hardest to win in North American sports. Countries that do not have their own professional league will sometimes have their own teams from another league, such as the HC Kunlun Red Star of the Kontinental Hockey League aka the KHL (Russian “version” of the National Hockey League ) who play in Beijing, China. There is one thing that this magnificent game has in common across all of the leagues and language barriers, and that is the fundamentals of the game itself. In particular we are going to talk about the length of a typical hockey game.

How Ling Is A Hockey Game?

The basic fundamentals of a hockey games length all come down to time. For simplicities sake, we are going to use the NHL’s time keeping. While some leagues have different rules and variations, the NHL is the gold standard. The typical NHL hockey game consists of 60-minutes of regulation play. This 60 minutes is broken down into three 20-minute periods, with a 15 or 17-minute intermissions between periods one and two, and periods two and three. The difference between the 15 and 17 minutes is whether the NHL game is nationally televised or not. It is important to note that the clocks start at 20 and go to 0, and not the other way around.

How Long Do Hockey Games Last?

Most leagues around the world including the NHL, ECHL, AHL and most European leagues follow the three 20-minute periods format. The biggest reason for the length of an NHL game is the commercial breaks, a necessary evil in the world of sports.

This allows players to rest, coaches to retool their teams, and equipment managers to make repairs and change out equipment. In these three periods, clocks can stop at any moment if the referee blows the whistle in case such as penalties, puck out of bounds, and saves made by the goalie. Intermissions are also when arena crews scrape, clean, and maintain the ice. These games, while there is only an hour of play, can take up to three hours for just regulation. Stanley Cup games are notorious for having a lot of faceoffs and stops in play.

How Long Are Hockey Game?

That is just for regulation play, if the games regulation time ends in a tie, the teams will go to overtime. While the NHL currently has a new form of overtime, that was not always the case. Before the recent rule changes, the NHL copied the AHL, along with the ECHL, and had four players on each side play a 5-minute overtime. Then for the 2015-2016 NHL season, they adopted the widely popular three on three overtime, where three players on each team would play a 5-minute overtime. If no winner is declared, the games goes to a shootout, where the teams go skater versus goalie in a best of three that goes on until there is a winner. Shootouts can range anywhere from 5 to 10 minutes in real time.

Televised NHL games do not have commercials during overtime and is often referred to as ‘free hockey” by hockey fans given they can take up to an entire game to end.

The longest overtime to have occurred in NHL history was in 1936 between the Detroit Red Wings and Montreal Maroons where the overtime consisted of 116 minutes and 30 seconds played. The scored 1-0 Detroit at the end of play. The most famous overtime game in NHL history occurred during the NHL Playoffs in 2000 between the Philadelphia Flyers and the Pittsburgh Penguins on May 4th in 2000 and went into the 5th overtime after 92 minutes and 1 second played in overtime. The goal was scored by long time Flyer, Keith Primeau.

The longest AHL game was played even more recently in 2018 when the Leigh Valley Phantoms and Charlotte Checkers needed 86 minutes and 48 seconds to break their 1-1 tie, the Phantoms also hold the second longest AHL playoff game with 82 minutes and 58 seconds played when they were the Philadelphia Phantoms in 2008.

How Long Is A Hockey Game?

The playoffs for the NHL are the only time when the rules outside of regulation change. The NHL still plays three 20-minute periods. If an NHL playoff games ends in a tie, the game will of course go to overtime. The difference being this over time is a 20-minute five on five period, should that period end in a tie, their will be an intermission and so on and so on. The game will keep having 20-minute periods until a winner is declared by scoring a game winning goal.

The previously mentioned game between the Red Wings and Montreal Maroons had three periods and then an additional almost six periods of over time. Those nine periods almost equate three entire hockey games, could you imagine that? Especially in the playoffs when a series is decided in a best of seven. Hockey players are absolutely built different.

When it comes to non-professional hockey games the times can be a little different. College hockey games also do three 20-minute periods, but the games are much quicker. Typically, college hockey games are not nationally televised, adding to the speediness of the games. This is also similar for lower leagues such as the AHL, ECHL, NAHL, CHL( WHL, QMJHL, OHL), and SPHL. For recreational hockey such as adult league or kids leagues, there are two options. They either do three 15-minute periods with short intermissions (5 minutes or so), or three 20-minute periods with running clock, which means that the clock doesn’t stop if a whistle is blown. These games also have short intermissions.

In conclusion, so, how long is hockey game? most hockey games in length and period time length are typically the same across the professional levels. It is when you get down to the minor, junior, and juvenile hockey leagues the timing gets different. Despite minor changes to the games rules itself, the game is an almost universal language across different nations, cultures and backgrounds that can all be understood. Hence why players who don’t start their careers speaking English can thrive in this sport.

How Many Players Are On A Hockey Team

Custom Sticks For Hockey Athletes
Copyright © 1995 - 2022 by FinnStar
Contact Us
Email: info@finnstarhockey.com
Contact us today, reply within 8 hours
Location
No.241, Commercial Rd., Huadu District, Gunangzhou, China
FinnStar
Provide hockey related products: hockey sticks, hockey skate, hockey ball, etc.
Terms
Privacy Policy
We use cookies in order to give you the best possible experience on our website. By continuing to use this site, you agree to our use of cookies.
Accept